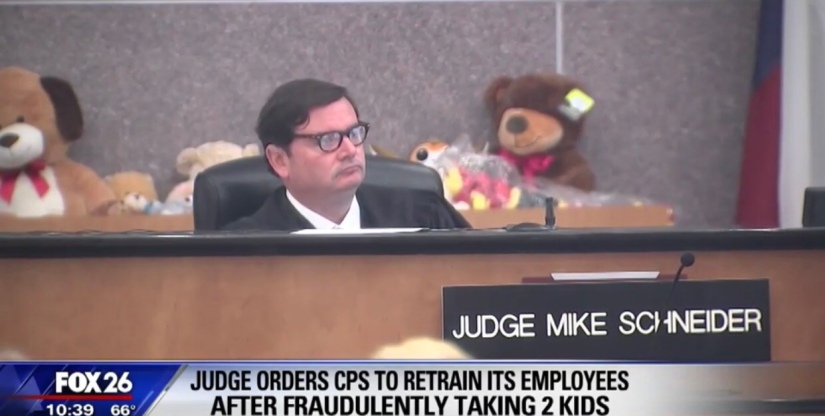 “This is by far the largest sanction I’ve ever been a part of or ever heard of being imposed against CPS,” said attorney Dennis Slate.

Family Law Judge Mike Schneider says he would have made Child Protective  Servicespay even more but didn’t want to burden taxpayers.

The judge found CPS case worker Levar Jones and his supervisor Niesha Edwards lied in order to take Michael and Melissa Bright’s 2-year-old daughter and 5-month-old son away from them.

“And the fact that CPS still has those two people employed is disgusting,” said attorney Stephanie Proffitt.

“I think people would be really concerned if they actually sat here and listened to all of these days worth of CPS covering up the lies they told,” Slate said.

View all posts by MNRightsProject