Rep. Jim Banks (IN-3) is introducing the Parental Rights Amendment in the U.S. House today, joined by 15 co-sponsors.

An early adjournment this week could easily have delayed introduction on Tuesday, but Rep. Banks recognized the need to send a message regarding the importance of the issue. 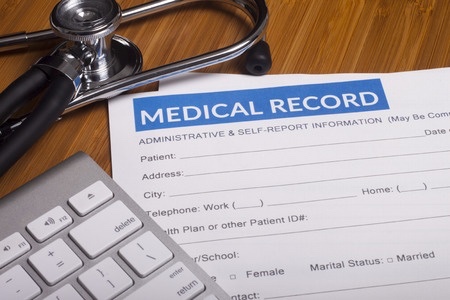 Iowa City, IA – A Coralville father recently found out that he will no longer have access to his 12-year-old daughter’s medical records, so he asked KCRG’s 19 investigative team to investigate.

Kevin Christians, of Coralville, said a letter triggered his concerns alerting him he was losing access to his daughter’s medical records.

At the University of Iowa Hospitals and Clinics, parents are no longer able to see test results, messages from doctors and other information once a child turns 12.

The letter said the hospital wants children at that age to be more active in their own health care. Christians said he believes 12 is too young to keep parents in the dark.

“If you get locked out of being able to see the health care records for your child, that makes parenting even that much more difficult, in my opinion,” said Christians.

The letter from UIHC does not give the full explanation. I9 found the practice stems from federal law and all hospitals have a similar policy but not all of them start at the same age.

I9 has discovered one medical organization where the age is 10.

A father in Marion County, Indiana pleads with Facebook users to share the photo DCS took off Facebook and used to keep a case against this father open. A social worker with the agency told the father that the picture was inappropriate. The Indiana Department of Children’s Services has had the child in their custody for the last 15 months. Originally, DCS tried to find the father unfit but failed. They have not returned his child and recently used this picture to keep the case open and the father was told that he had to be watched, even though he has passed all of their tests and they could not find him unfit.

This picture was brought to our attention by Monica Szymonik. She is running for Connecticut state representative. She asked her Facebook followers if they thought this was gender discrimination when mother’s put their children on their chest to breastfeed. Monica believes in protecting parent-child bonds by protecting parents and their children from government over reach. She works very hard to protect parenthood and the planning that goes into having a child and raising your child how you choose to raise your child. Protecting your legal choices and keeping your choices legal.

One father contacted me and told me that:

Many people commented that hospitals encourage skin-to-skin contact for parent-child bonding. Some parents believe that the state agency has an interest in destroying parent-child bonds to make it easier for them to steal children by reducing the interfering with the child’s attachment to their parent they have less trouble with the child’s behavior when they separate the child from it’s father or mother.

The issue here is whether this is abuse.

By Rebecca Klein and Caroline Preston

CHICAGO and NEW YORK — Tiffany Banks sat in her living room, a ruby-red wall decorated with family photographs behind her, listing all the ways her life had unraveled over the past year. Her 6-year-old son had been removed from her care for more than a month. She was forced to close an in-home child care business, and she’d been temporarily displaced from her preschool teaching job, which she’d held for 17 years. Her teenage daughter refused to talk to the 6-year-old, blaming him for the family’s troubles.

Banks didn’t blame her little boy. She blamed his school, and the investigators from the state’s child welfare agency they’d sent to her door.

Until last fall, Banks had only good things to say about her children’s school. She’d carefully chosen the K-8 institution, a magnet school across town from her single-family house on Chicago’s West Side, for its academic rigor and diverse student body. Her daughter, now 16, had thrived there, she said, and her middle son did well too.

But when her youngest son entered first grade last year, he started misbehaving and making trouble for teachers. “He really struggles behavior-wise,” said Banks, a tall, self-assured woman who’d attended neighborhood public schools in Chicago and desperately wanted something different for her kids. “And at this school they have a low tolerance for it.

Olivia was 9-years-old, caught a stomach bug, then stopped eating and walking. The hospital ordered psychotherapy for 35 hours a week and said her parents could not be involved. The parents said no, so the hospital threatened to call CPS.